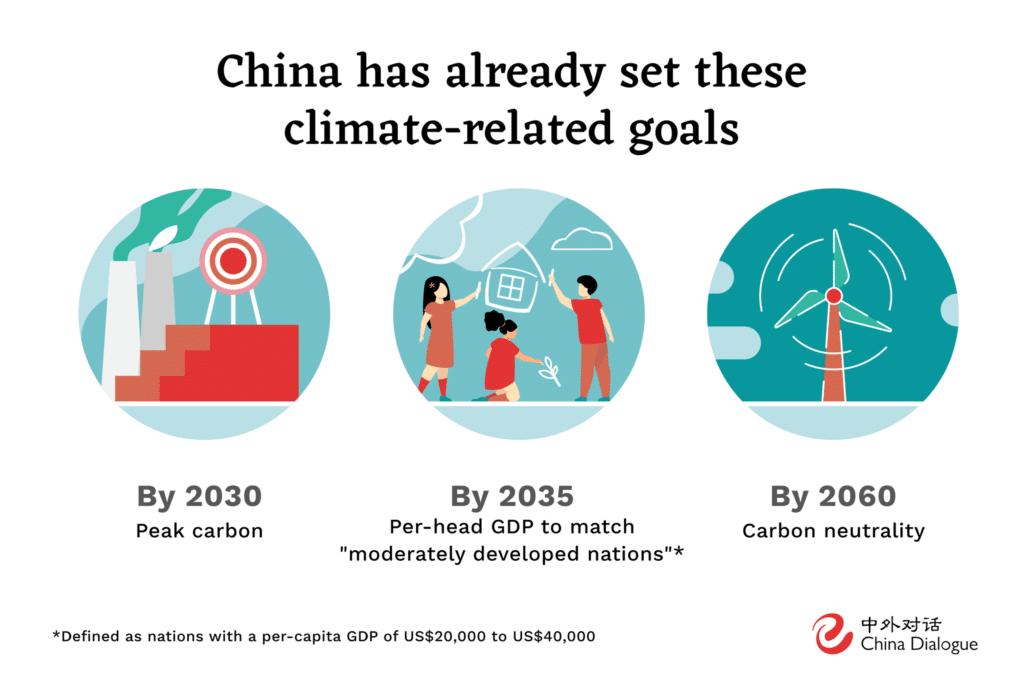 Highlight the idea of ​​ecological civilization and promote green transformation

China has proposed that carbon dioxide emissions will reach a peak by 2030 and strive to achieve carbon neutrality by 2060. The Central Economic Work Conference made arrangements for carbon peaking and carbon neutrality.

The major decision of my country’s carbon peak and carbon neutrality highlights the strategic determination of my country’s ecological civilization construction and the responsibility of a major country, and releases to the world a positive signal that China is firmly committed to the green and low-carbon development path, leading the global ecological civilization and the construction of a beautiful world. .

my country’s new goal of strengthening climate action not only points out the direction for China to implement a national strategy to actively respond to climate change, but also provides a powerful starting point for further promoting high-quality economic development and improving high-level protection of the ecological environment.

The time from my country’s current commitment to carbon peak to carbon neutrality is only about 30 years. Such a transformation is unprecedented in intensity, and its implementation requires greater efforts than developed countries. In this regard, we must have a unified understanding, strengthen overall awareness and responsibility, strengthen top-level design and policy coordination, mobilize all social forces, and give full play to the superiority of the socialist system.

To achieve the expected goals, it is necessary to combine digitalization and low-carbonization to promote industrial transformation and upgrading and high-quality development. On the one hand, strengthen the digital economy, high-tech industries and new energy industry infrastructure construction, and use digitization to improve the efficiency of resource and energy utilization. On the other hand, strengthen energy conservation and energy substitution in buildings and transportation.

It is necessary to change the energy structure and increase the proportion of non-fossil energy. As stated by He Jiankun, Deputy Director of the National Climate Change Expert Committee, to achieve the peak of carbon dioxide emissions before 2030, the proportion of non-fossil energy in the 14th Five-Year Plan period should reach about 20% and reach about 25% by 2030. Only this way, Until 2030, the development of non-fossil energy can meet the new energy demand brought about by economic development, while fossil energy will no longer increase in general; or natural gas has increased among fossil energy, but coal consumption has declined, and oil consumption has tended to At the peak, the carbon emissions brought about by the growth of natural gas can be offset by the carbon emissions reduced by the reduction in coal consumption, thereby achieving the peak of carbon dioxide emissions.

Achieving carbon peaking and carbon neutrality is not only a profound energy, technological and industrial revolution, but also an arduous process of structural transformation, kinetic energy transformation, and low-carbon transformation. It is necessary to systematically plan a strategy and roadmap for the construction of a “carbon neutral country” , For a long time to work. It is necessary to speed up the establishment of a total carbon emission control system and a decomposition implementation mechanism; deal with the important relationship between source control and increasing carbon sinks, and strictly control the emerging problems of high energy-consuming and high-emission industries in some places; strengthen the formulation of carbon neutral national strategies And the implementation of major scientific and technological special research and top-level design, speed up the study of the economic and social deep decarbonization path after the carbon peak. (The author’s unit is the National Center for Climate Change Strategy Research and International Cooperation)

Our company focuses on the production and promotion of fully degradable composite packaging bags to reduce the environmental pollution of plastic bags. I hope that our meager efforts can also make a small contribution to the country’s environmental protection goals.